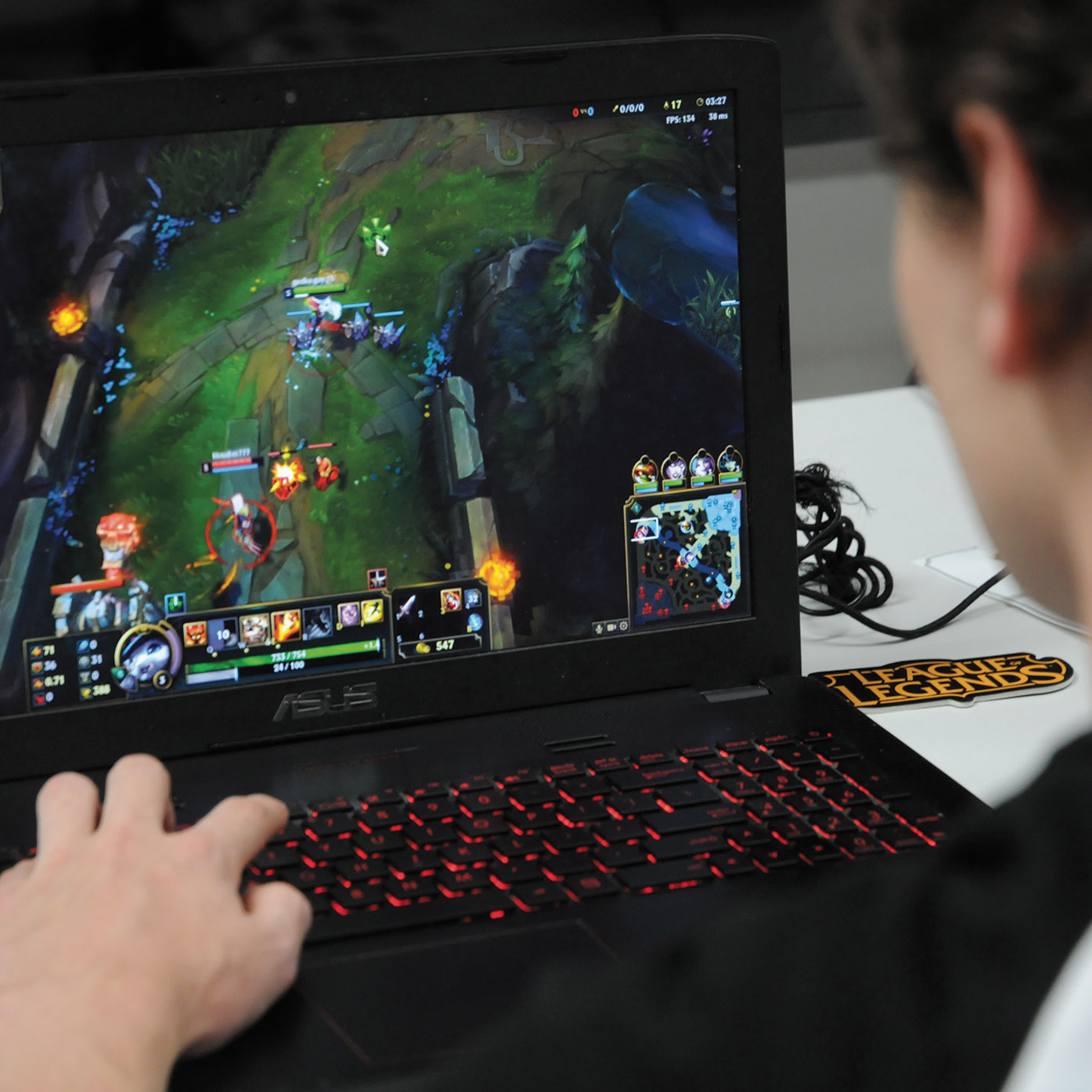 Juniata’s esports team more than proved their mettle in their inaugural season, taking second place in the first-ever Landmark Conference League of Legends Championship at Elizabethtown College at the end of March.

The team ultimately fell to Drew University in the final round.

“This year’s League of Legends team created a great foundation and much momentum for future years in the inaugural Landmark Conference season with a winloss record of 4-and-1 and placing second in post-season play,” says Erin Paschal, assistant dean of students - campus life. “The team was strategic, team-oriented, communicative, and daring in their play, and it showed in their success.”

“Winning is only one element to being successful in esports, however. I want to establish a brand here at Juniata that is unique to the collegiate atmosphere,”Jennifer Jones, ’07 Geneva

Jen spent the fall semester of her junior year studying in Puebla, Mexico.

“Our first goal as a team is obviously to win,” Kurtz says. “It would be nice to take down Drew after losing to them in the Landmark Conference Championship last season and then qualify for the Collegiate Championship tournament.”

The League of Legends conference championship represented the first conference-wide esports tournament for a Division III-level athletic conference in the United States.

“Winning is only one element to being successful in esports, however. I want to establish a brand here at Juniata that is unique to the collegiate atmosphere,” he says. “The most successful professional organizations use a contentdriven philosophy when it comes to the creation of their brand but, at the college level, most teams lose that sense of fan interaction and brand power due to being tunneled on results.”

Kurtz aspires to emulate philosophies practiced by organizations like 100 Thieves, FaZe Clan, and OpTic Gaming, which he describes as having created some of the most well-known personalities in esports.

“It would not only put us on the esports map, but it would create something that has never been done at the college level and set up players for success in the industry, even after their playing days are over,” says Kurtz. “If I can do those things this year, we will have a strong foundation to work with.”