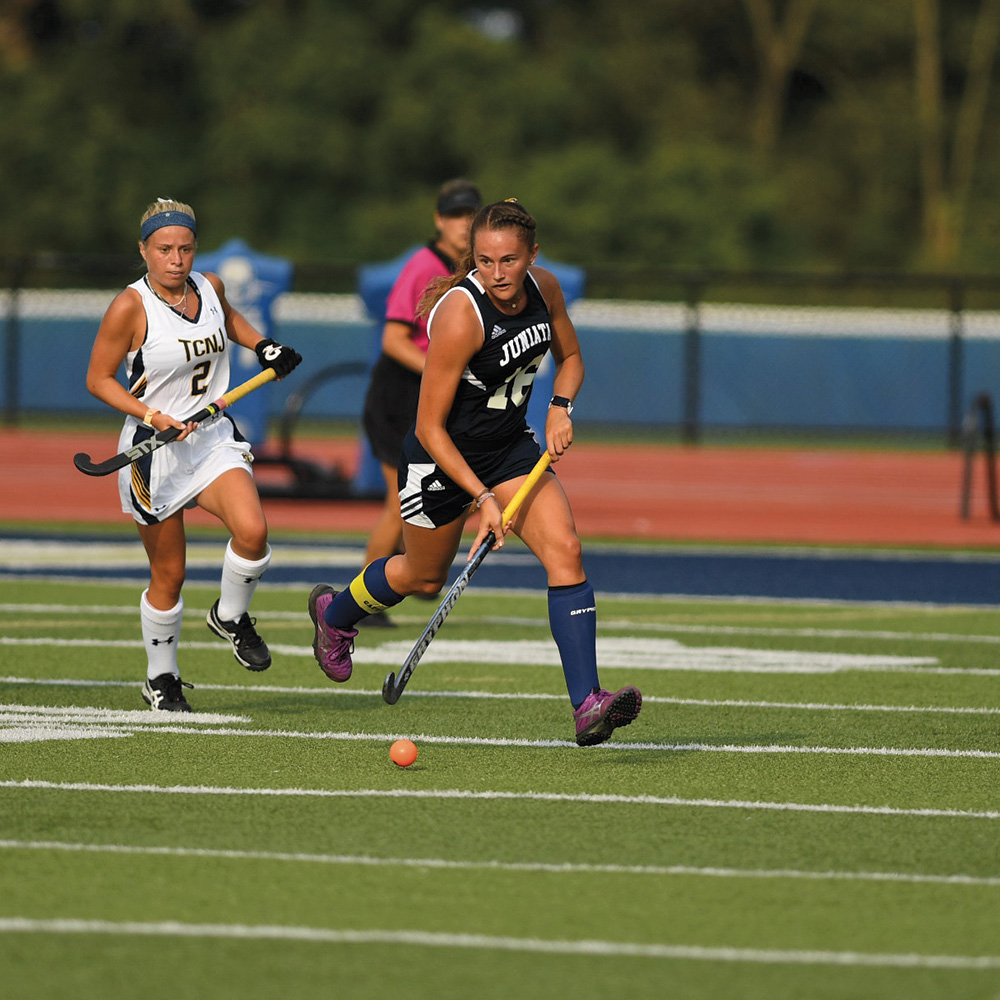 Eagles Pursue Excellence in Every Pursuit

Juniata attracts a singular sort of athlete, those who wish not only to strive for excellence physically but intellectually as well.

Eagles Pursue Excellence in Every Pursuit

Juniata attracts a singular sort of athlete, those who wish not only to strive for excellence physically but intellectually as well.

“I think our student athletes have big plans, big aspirations, and a strong sense of purpose, without taking themselves too seriously,” said athletic director Greg Curley. “They understand that the athletic opportunities we provide are vehicles for their success in many more meaningful ways as they move forward in life.”

Driving forward, Eagles soar on the scoreboard and in their GPAs—with a cumulative average above 3.0 among our athletes.

"Academic achievement is very important," said Devon McFadden, head swim coach and aquatics director. "Our student athletes definitely have more motivation to achieve success in the classroom, and take their academics very serious. Many of my swimmers are very
career driven and focus on what they want to achieve in the future."

With 20 NCAA Division III varsity sports and a variety of club, intramural, and individual activities, student athletes arriving at Juniata find a place they can thrive among like-minded peers. "The strength of our academic reputation, the quality of our education, our sense of community, the chance to play against some of the best Division III has to offer, and the quality of our coaching staff draw athletes to Juniata," Greg said.

When Austin Montgomery '20 from Bedford arrived at Juniata, he was a four-year varsity letterer in football and baseball, was team captain for two years, and had received numerous accolades. "Football has always been my biggest passion. The opportunity to continue to play football past high school as well as to conduct undergraduate research was the best fit for what I wanted," said Austin, whose Program of Emphasis (POE) is chemistry. "It turned out to be a good decision."

Under the leadership of recentlyretired football coach Tim Launtz '80, Montgomery and his teammates keep their eyes on the prize. "They are here first and foremost to get an education. They play football because they love the game," Tim said. "We strongly acknowledge Juniata men's academic achievements. We have an academic honor wall in the football office that acknowledges academic achievement. Our players are honored by the Centennial Conference for academic achievement. We nominate our Juniata men to the National Football Foundation for induction into the Hampshire Honor Society."

"Football has always been my biggest passion. The opportunity to continue to play football past high school as well as to conduct undergraduate research was the best fit for what I wanted. It turned out to be a good decision."Austin Montgomery '20, CHEMISTRY, BEDFORD, PA.

"Athletics and academics go hand in hand. Both take discipline and teach time management, which I'll be able to use in the future...being able to have that discipline shows I can be successful after college and will be viable in the workforce."Madison Miller '20 POLITICS WITH A SECONDARY EMPHASIS IN GENDER & CONFLICT STUDIES & COMMUNICATION, YORK, PA.

The honor society recognizes academic achievement and more than 35 Juniatians have been inducted in the past five years.

Austin is among those athletes honored during his time playing for the Eagles, having been named as a National Football Foundation William V. Campbell Trophy Semifinalist, nicknamed the "Academic Heisman."

"I've found the focus on academics and athletics is unique to Juniata," said Madison Miller '20 from York, Pa. "The members of the field hockey team are always involved in extracurriculars on campus and are in leadership positions. That's something I like about Juniata."

An outstanding high-school athlete who picked up three letters in field hockey and four in track and field, Madison was named to the Landmark All-Conference First Team in her senior year.

"Athletics and academics go hand in hand. Both take discipline and teach time management, which I'll be able to use in the future," said Madison, who has maintained an impressive 3.98 GPA throughout her college career and is studying politics. "I think being able to have that discipline shows I can be successful after college and will be viable in the workforce. It's an intrinsic thing for me. Athletics and academics are both very rewarding."

Outstanding athleticism and academic performance are the norm, not the exception at Juniata. "Our athletes have outperformed the general student body for the past three years. They are a very focused group,"Greg said. "I think many of those outside Juniata would be surprised at how talented our student-athletes are and the level of commitment required to compete in some of the best Division III conferences in the country."

Juniata was familiar territory for Evan Ulrich '20 of Homer, N.Y., as his grandparents, Wilfred Norris '54 and Lona (Beabes) Norris '56, live near campus. His grandfather was a longtime physics professor at the College.

"The coaches here do want their athletes to perform at their best... but their first priority is to have their athletes succeed academically."Evan Ulrich '20 PHYSICS & MATHEMATICS HOMER, N.Y.

"I always knew I would attend college here. I was a bright-eyed college-bound senior in high school eager to do as much as I could, and cross-country was something I could do," Evan said. "I was worried, however, that by joining a sports team, I would have to sacrifice other aspirations of my college career." Rather than sacrificing one pursuit for another, Evan, like many other Juniata athletes before him, found a place where he was supported and encouraged. "Valuing both (academics and athletics) is how we deliver on our promise. It's how we provide a transformational experience for our student-athletes that leads to better, more productive lives," said Greg. "The pursuit of excellence both academically and athletically is what develops the skills and competencies in our student-athletes that have a profound impact on the rest of their lives."

A conversation with Jon Cutright, head track and cross-country coach for both the men's and women's teams, quickly allayed those concerns. "Coach Cutright assured me that academics come first at Juniata. I also realized I'd be able to play my trombone in the wind symphony as well," said Evan."This is what intrigued me to join the cross-country team. I've not regretted that decision one bit. I've met so many new people, made many amazing memories, and grown as a person." With a POE of physics and mathematics, Evan's cumulative GPA of 3.97 was recognized as he has been named to the Landmark Academic honor roll three times. In November, he became the first Juniata men's cross-country runner to be named Landmark Senior Scholar Athlete.

"Being a student athlete is just that at Juniata—you are a student first, then an athlete," Evan said. "The coaches here do want their athletes to perform at their best, and thus require attendance at every practice, lifting session, and meet, but their first priority is to have their athletes succeed academically."

No matter what the sport or POE, the goal for all student athletes at Juniata is excellence.

"Excellence isn't really about a GPA, a list of individual athletic accomplishments, or a team's record. Excellence is the result of always giving one's best, of sacrificing for the greater good, and of persevering in the face of adversity," said Greg. "Winning a game or acing an exam isn't really the point. The lessons that a culture in which both athletics and academics are valued and students strive to excel is essential to providing this opportunity." >J< 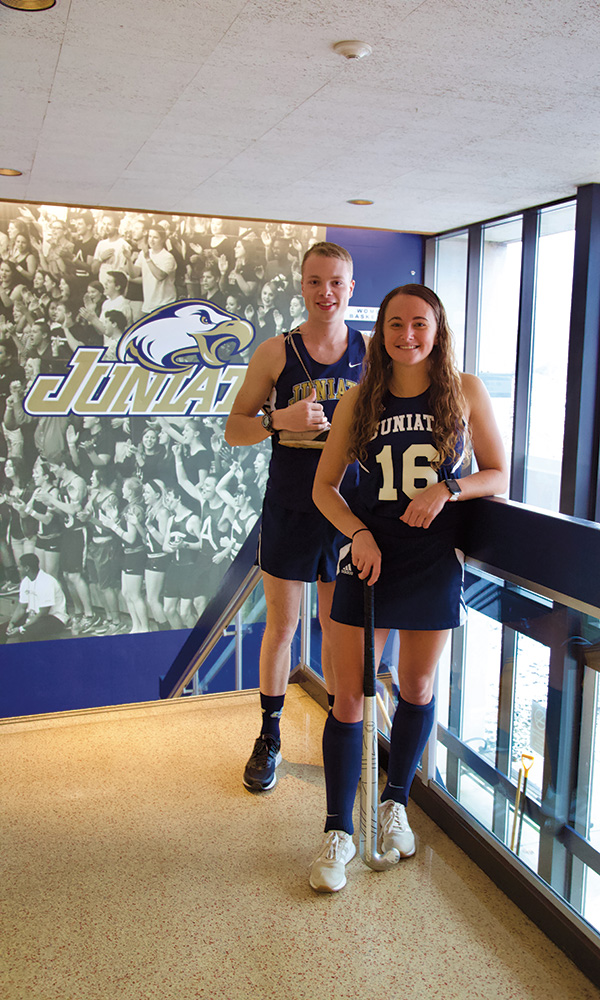 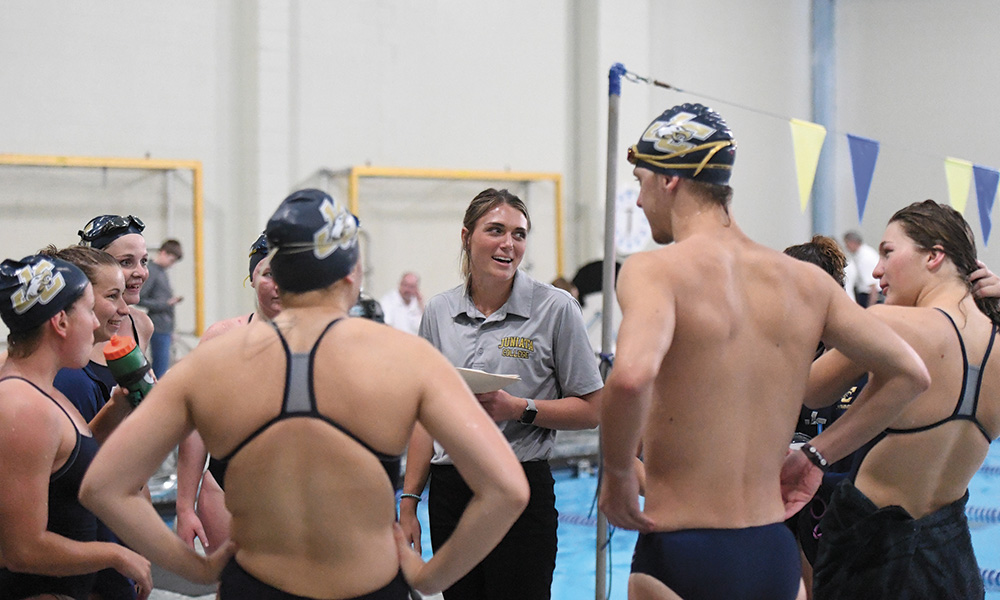 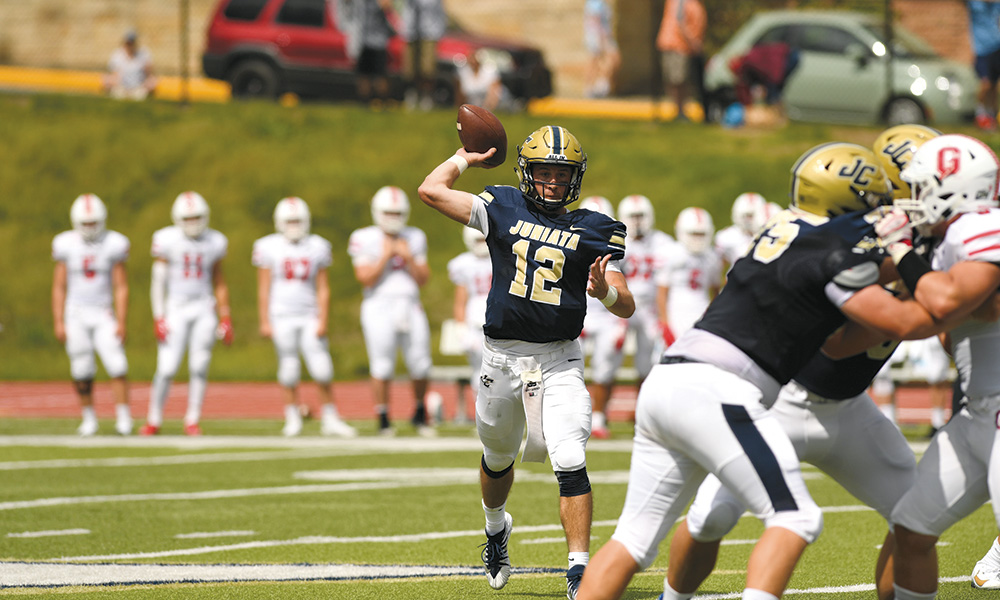 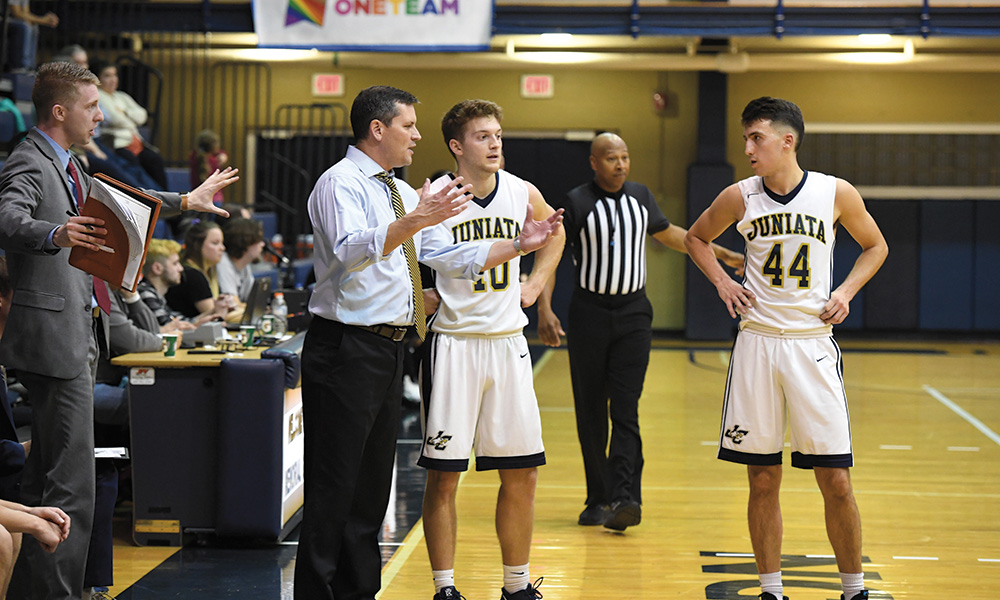 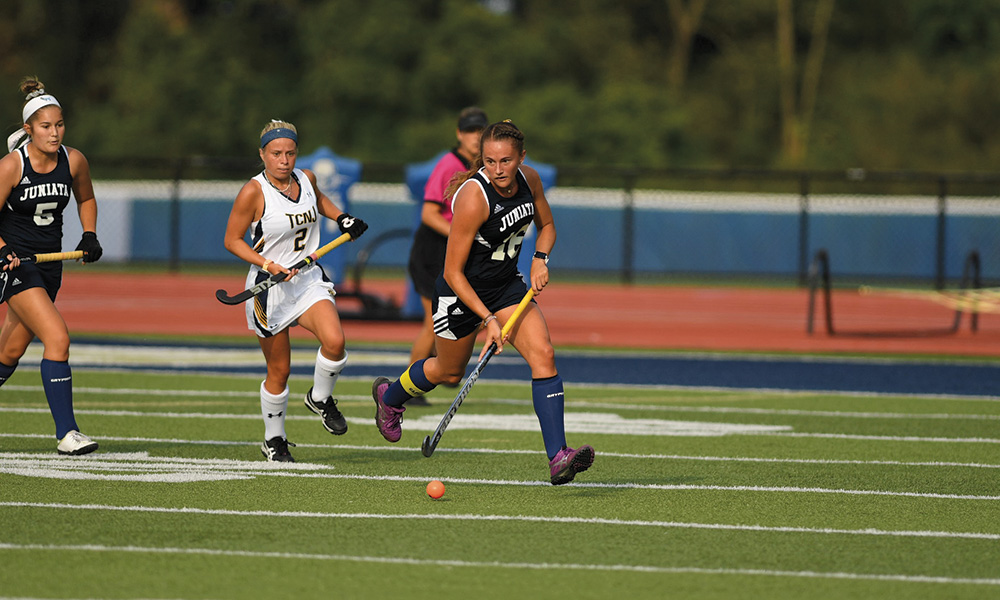