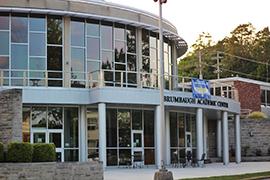 Rising from 84th last year, Juniata was ranked 75th in the 2022 rankings of the best liberal arts colleges in the nation. In just a few short years, Juniata has risen 33 places in this U.S. News ranking, which is widely considered one of the most important and visible college rankings in the United States.

“I am personally so appreciative of the work our faculty and staff do each and every day in support of our students,” said James A. Troha, President of Juniata College. “From matriculation to graduation and beyond, our community is intentionally focused on student success. This ranking is simply an acknowledgment of this extraordinary effort.”

The U.S. News ranking comes on the heels of other unprecedentedly high rankings for Juniata. Recently, Washington Monthly magazine ranked Juniata College at 36th for 2021 and has been named as one of the best colleges in the nation by the Princeton Review. Forbes ranked Juniata at 117th in the nation for Liberal Arts Universities.

“It is gratifying that our commitment to a personalized and individualized education for all students is being recognized in this way. It underscores, I think, the power of a Juniata education and the distinctive ways in which our community sparks the curiosity in our students by providing them with experiences in and out of the classroom that allow them to be leaders and live lives of meaning,” said Lauren Bowen, Juniata’s provost.

The U.S. News list is the most anticipated ranking of higher education and signals the height of what some education watchers call “rankings season.” More than 4,000 colleges and universities operate in the United States and only the very best, the top 10 to 20 percent, are ranked by the majority of ranking systems. The United States is home to more than 500 private liberal arts colleges, placing Juniata among the top 15% of such institutions nationally.

The U.S. News details its methodology for compiling the annual rankings at www.usnews.com/education/best-colleges/articles/rankings-methodologies.