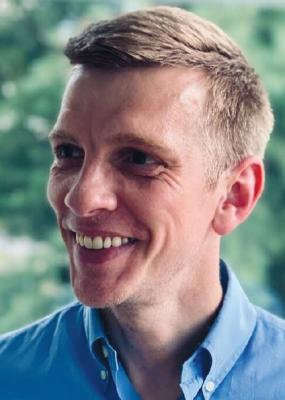 As part of The Calvert Ellis Distinguished Lectureship, this event is sponsored by the Office of the Provost and is free and open to the public.

Fletcher began his career in neuroscience, operating under the understanding that the human brain functioned much like a computer—taking in data, drawing conclusions based on that data, and acting upon those conclusions. He realized that his understanding was flawed and the human brain is emotional, creative, and powered by story rather than data-driven and logical. Fletcher sought to better understand how emotion, creativity, and story worked in the brain and decided to study the places where all three converged, like novels, poetry, and movies.

Studying Shakespeare at Yale, he explored the Bard’s techniques for creating original characters and stories, getting them to work onstage, and distilling raw creativity into world-changing innovation. From there, Fletcher met with story makers from Pixar at Stanford and found they used many of the same techniques Shakespeare had used to innovate. He posited that the same processes that generated creative storytelling could also generate creative technology.

Working at Project Narrative, the world’s leading academic think-tank for the study of how stories work, Fletcher published “Wonderworks.” The book explores how generations of authors had innovated literature with breakthroughs that can help the human brain process grief, recover from trauma, increase joy, stimulate creativity, and provide dozens of other neural benefits. He is currently researching the “brain secrets” of how history’s greatest creative thinkers worked their imaginative magic.