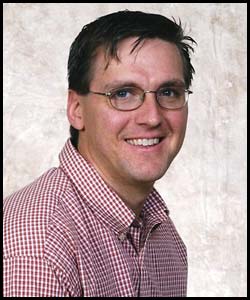 Dr. Buonaccorsi earned his bachelor's degree in biology from the University of Notre Dame in 1993 and went on to earn a doctorate in marine science from the College of William and Mary in Williamsburg, Va. in 1998.

He joined Juniata's faculty after working as a postdoctoral researcher at the Southwest Fisheries Science Center, part of the National Marine Fisheries Service in San Diego, Calif.

He has published articles in the journals Evolution, Molecular Ecology, Marine Biology, Conservation Genetics, Copeia, Molecular Ecology Notes, and Teaching Statistics. He has presented research at conferences of the American Society of Ichthyologists and Herpetologists, the American Fisheries Society, the Society for the study of Organic Evolution, the Tuna Conference, and the western Groundfish Conference. He also has presented research at the Woods Hole Oceanographic Institution, Moss Landing Marine Laboratory, Virginia Institute of Marine Science, and Hatfield Marine Science Center. He has served on an external review panel for Washington SeaGrant and is on the editorial review board for the journal Marine Biotechnology, the official journal of the European Society for Marine Biotechnology.

He has received grants, awards, and subcontracts from Oregon SeaGrant, the National Marine Fisheries Service, and National Academy of Sciences' National Research Council, and the Virginia Marine Recreational Commission.

He is married to Kristin Buonaccorsi and has two sons, James and Andrew.