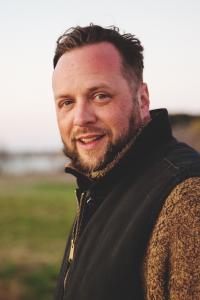 Jonathan Burns began working at Juniata College in 2010 as an instructor in International Studies and, later, in the Anthropology department. In 2015, he became the Director of the Cultural Resource Institute, a research platform for historic preservation projects and student training.

He earned his bachelor’s degree in 1993 from Penn State University, his master’s degree in 1996 from Colorado State University, and his PhD in 2006 from Temple University—all in Anthropology with a focus on North American archaeology, human ecology, and field methodology. His research interests include colonial fortifications, Pennsylvania prehistory, peopling of the Americas, indigenous cultures, ethnicity, hunter-gatherers, colonialism, and globalization.

Jonathan is currently involved in archaeological fieldwork and historic research at several French and Indian War fortifications in Pennsylvania dating between 1755 and 1758. This work serves to highlight the roots of globalization during North America’s colonial era, through interdisciplinary projects that engage undergraduate students through experiential learning opportunities focused on material culture. His ongoing research of prehistoric sites on the Eastern Shore of Maryland and in the Juniata River Basin provides opportunities for students to obtain valuable hands-on training and to conduct independent research.

As an instructor in International Studies and Anthropology, Burns teaches a variety of courses including World Regional Geography, Archaeology and Human Prehistory, Applied Archaeology, Wine in a Vessel, Clash of Cultures, Introduction to Anthropology, and Archaeological Fieldwork. He serves on the Sparks Farm Advisory Committee at the college.