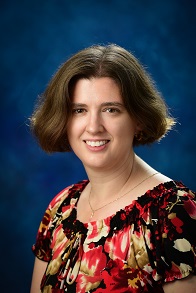 Kristin Camenga was hired as assistant professor of mathematics at Juniata College in 2016 after working as an adjunct mathematics instructor at Penn State Altoona for the 2015-2016 academic year.

Before coming to Pennsylvania, Camenga was an associate professor of mathematics at Houghton College, in Houghton, N.Y., from 2014 to 2015. She was hired as an assistant professor at the college in 2006. At Houghton she was chair of the math department from 2010 to 2015 and served as the faculty development coordinator.

Camenga started her career as a public school teacher in 1998, teaching math at Delano High School, in Delano, Minn., until 2000, when she returned to graduate school.

Camenga earned a bachelor's degree in mathematics and computer science in 1997 from St. Olaf College in Northfield, Minn. She went on to earn a master's degree and a doctorate in mathematics in 2006 from Cornell University, in Ithaca, N.Y.

In 1998, she earned a Fulbright Scholarship to study at a University in Budapest, Hungary.

In addition, to teaching introductory college math courses, she has taught calculus, number theory, discrete mathematics and history of mathematics. She has published her own scholarship in such professional journals as Mathematics Teacher, Linear Algebra and its Applications and Applied Mathematics and Computation.