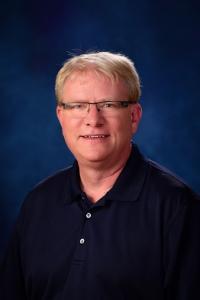 Dr. Gerald Kruse holds Juniata's John '54 and Irene '58 Dale Endowed Professorship in Information Technology, Computer Science, and Mathematics. He came to Juniata as Assistant Professor of Math & Computer Science in 1999. He received both his Sc.M. and Ph.D. in Applied Mathematics from Brown University, and received his B.S. in Computer Science from the University of Illinois. He is a member of numerous honor societies including Sigma Xi, Tau Beta Pi, Golden Key, and Phi Eta Sigma, and in 1996 he was the recipient of a NASA Space Grant Fellowship. In 2005 he was promoted to Associate Professor, and in 2011 he was promoted to Full Professor, as well as earning the award for Teaching Excellence from the Mathematical Association of America's (MAA) Allegheny Mountain Section.

Dr. Kruse's recent research has been focused in the area of the Scholarship of Teaching and Learning (SOTL), and assessing Quantitative Reasoning and Critical Thinking skills in particular. He is a member of the board of Juniata's James Lakso Center for Teaching and Learning (Director during the 2012-13 Academic year), which coincides nicely with his work as a Teagle Teaching and Learning Scholar, where he facilitates workshops for faculty on the development of Collegiate Learning Assessment (CLA) Performance Tasks.

His other research interests include Algorithmic Experimentation, Scientific Computing, and Parallel Computing. My Ph.D. thesis was in computational fluid dynamics. In addition to the wide array of Math, Computer Science, and Information Technology courses Dr. Kruse teaches at Juniata, his previous teaching experience includes four years as a teaching assistant at Brown University. The courses he was involved with included Numerical Methods, Scientific Computing and Numerical Partial Differential Equations. As part of his NASA fellowship, he presented workshops on the mathematics and computations related to space exploration to Rhode Island Public School students in grades K-12. The teaching experience coincided nicely with his graduate work in computational fluid dynamics, where he developed computer simulations of fluid flow. Prior to his appointment at Juniata, Dr. Kruse served as software engineer for Compaq Computer Corporation. He was in the Mathematics Library Group, where he developed high-performance numerical routines. Prior to attending graduate school, he worked for the DuPont Company in such positions as Database Administrator, Information Center Analyst, and Data Center Supervisor.

While his given name is Gerald, he reports that his nickname is "Jerry, with a 'J,' not a 'G!'" Jerry is an avid sports fan who can be coerced to participate or attend a wide variety of athletic events. He reports catching the "running bug," and has competed several 5K races, a mini-triathlon, and a half-marathon. His wife Lisa teaches in the Huntingdon Area School District, and they have three children: Olivia, Peter, and Isabel.