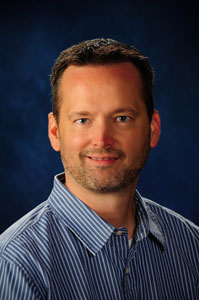 Prior to coming to Juniata, McKellop was a Visiting Professor at Indiana University-Bloomington and a postdoctoral fellow at Children's Hospital Medical Center in Cincinnati, Ohio. He completed his clinical residency at Nationwide Children's Hospital in Columbus, Ohio. During his undergraduate years at Ohio State, McKellop worked as a research assistant in the Departments of Psychology and Psychiatry.

Prior to obtaining his undergraduate degree, McKellop spent seven years in the U.S. Air Force. During that time, he worked as a Metrologist at Ramstein Air Base, Germany, and served as a Technical Training Instructor at Lowry Air Force Base in Denver, Colorado.

McKellop's research interests include the scholarship of teaching and learning (SoTL), behavioral aspects of health, influence of popular media on individuals, and gender influences on human development. His research has been published in academic journals such as Child Neuropsychology and the Journal of Pediatric Psychology. He is a member of the Association for Psychological Science and the Society for the Teaching of Psychology.

He is married to Dr. Kathryn Westcott. They have two awesome children, Ethan and Carly. When he can find some free time, McKellop enjoys all types of music and movies, spending time with family, hiking, skiing, and, of course, watching Ohio State football.