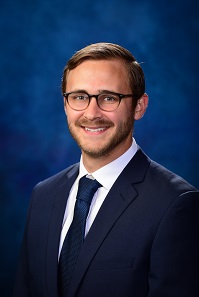 James Meersman was hired as an assistant professor of accounting, business, and economics at Juniata for the fall of 2017.

Before coming to Juniata, he worked at KPMG, LLP, in Houston, Texas, as a federal tax senior from 2014-2017. In this role, he was responsible for training accounting interns and recruiting accounting students from Texas A&M, in addition to regular accounting duties. He worked as an intern for KPMG, LLP, prior to being hired by them full-time.

He also worked as a Children’s Ministry Coordinator at Central Baptist Church, in Bryan, Texas, from 2012-2014, where he helped create Bible lesson plans, and helped set up a safer child pickup system at the camp.