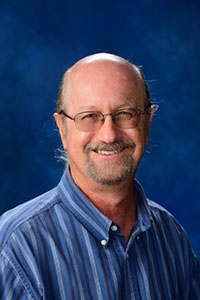 Robert J. Miller, Rosenberger Professor of Religious Studies and Christian Thought and chairman of the department of religious studies, joined the faculty at Juniata in 2003. Before coming to Juniata, he was professor of religion and philosophy at Midway College in Midway, Kentucky from 1988 to 2000, where he served as chairman of the college's arts and humanities division, received the Trustees’ Award for Faculty Excellence, and was twice elected president of the faculty.

Miller's research interests have been centered on the academic study of the Bible. In addition to his courses on the Bible, he teaches courses in world religions, the philosophy of religion, science and religion, atheism, the afterlife, and the Holocaust.

Miller is the editor and a translator of The Complete Gospels (4th edition, 2010). His books include Born Divine: The Births of Jesus and Other Sons of God (2003) and Helping Jesus Fulfill Prophecy (2016). He has published numerous scholarly articles in such journals as Biblical Theology Bulletin, Journal of Higher Criticism, New Testament Studies, Journal of Biblical Literature, and Journal for the Study of the Historical Jesus.

Miller is a member of the Society of Biblical Literature, the Catholic Biblical Association, and the Jesus Seminar of the Westar Institute. He has served as editor of Westar’s academic magazine, The Fourth R, since 2004.