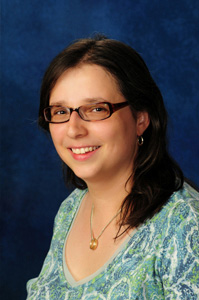 Susan Prill came to Juniata's faculty in 2006 as an assistant professor of religion, specializing in world religions. She previously worked as a postdoctoral fellow at Hamilton College in Clinton, N.Y. She was promoted to associate professor in 2012 and professor in 2018. Her main area of teaching specialization centers on Indian Religions, and she also teaches World Religions. She also has taught courses on Yoga and yogic philosophies, Goddesses and Islam. Her current research concerns Sikh approaches to environmentalism. Dr. Prill earned a bachelor's degree in religion in 1996 from Bard College in Annandale-on-Hudson, N.Y., and went on to earn a master's degree in South Asian studies in 2000 from the University of Michigan in Ann Arbor, Mich. She earned her doctoral degree in 2005 from the School of Oriental and African Studies at the University of London in London, England. Publications include

"Sikhi through Internet, Films & Videos" for The Oxford Handbook of Sikh Studies, 2014;

"Except the True Name, I have no miracle: Modern Sikh understandings of the Miraculous" in Sikhism in Global Context, Oxford, 2011

"Representing Sainthood in India: Sikh and Hindu Visions of Namdev" in Material Religion, 2009. She is a member of the American Academy of Religion and the Association for Contemplative Mind in Higher Education.