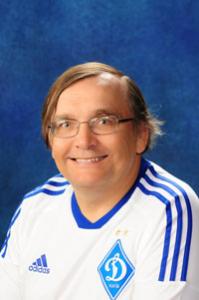 While at the University of New Hampshire, he participated in the Discovery grant program to plan computer-assisted instruction materials for language instruction, and received grants for work on a book and anthology on Polish literary theory.

With special interests in Russian and Polish literature, literary theory, science fiction, postmodernism and romanticism, he has taught all levels of Russian language, literature and culture.

He has contributed reviews to such publications as the Slavic and East European Journal, Literary Studies in Poland, and the Russian Language Journal and has written a number of articles.

In addition, Professor Roney has taken on many administrative and advising duties at institutions where he has taught serving on a variety of committees, and has chaired several conference sections at professional association meetings.

Other languages Professor Roney has some working knowledge of include French, German, Latin, Czech, and Ancient Greek.

Professor Roney is married to Deborah and has two children.