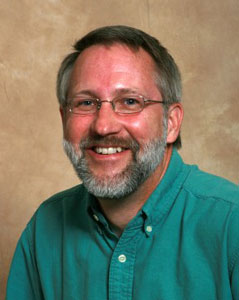 Dr. Russ Shelley is the Elma Stine Heckler Professor of Music at Juniata College (Huntingdon, PA), where he serves as chair of the Department of Music, teaches classroom courses, and conducts the Concert Choir and Choral Union. Under his direction, Juniata choirs have performed in 22 states and 20 countries on more than 25 extended concert tours. Most recently, he conducted tours with the Concert Choir to Brazil (2010), Hungary/Romania (2011), Ireland (2012), Guatemala (2013), and China (2014). 2015 tours are planned for Costa Rica and Germany.

In addition to his conducting opportunities at Juniata, Shelley is music director of the State College (PA) Choral Society. Choral Society repertoire under Shelley's direction includes Mendelssohn St. Paul, Haydn Creation, Mendelssohn Symphony No. 2 "Lobgesang," Bach Magnificat, Fauré Requiem, Ramirez Misa Criolla and Navidad Nuestra, Brahms Requiem, and Tippett A Child of Our Time. The Bach St. John Passion is scheduled for a May 2014 performance. The Choral Society commissioned its first composition in 2003. Voices of the Holocaust premiered in November 2004 and has since been performed three times in Brazil and seven times in the USA.

A native of New York, Shelley has baccalaureate degrees in music education and sacred music, a master's degree in vocal performance, and a doctorate in music education. Prior to his graduate work at Penn State, he taught junior and senior high school general and choral music in New York and served as a church musician. Active as a guest conductor, adjudicator, and clinician, he has appeared as a guest conductor more than fifty times in a dozen States and has presented at national Chorus America conferences.