Dr. Charles R. and Shirley A. Knox Professor of History 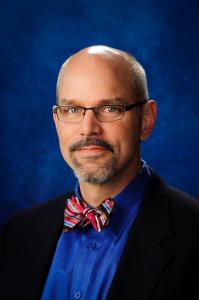 James Tuten, Dr. Charles R. and Shirley A Knox Professor of History at Juniata College in Pennsylvania, specializes in the history of the southern United States. His teaching and research interests include the History of Food, Civil War and Reconstruction and creole cultures.

He regularly contributes to the general education program at Juniata College. Current research interests focus on the history of hunting in South Carolina along with projects on assessing the impact of cultural events and summer reading programs on college students.

Tuten earned his doctorate from Emory University, his M. A. from Wake Forest University, and his bachelor’s degree in history and fine arts from the College of Charleston. His research on Atlantic Coast rice culture culminated in the book Lowcountry Time and Tide: The Fall of the Rice Kingdom, published by USC Press in 2010. As a companion to his book, Tuten publishes his own website, www.ricekingdom.com.

In addition to his rice research, Tuten published both scholarly and popular pieces on the southern affinity for Madeira wine, as well as the early-recorded blues. Tuten has contributed book chapters, numerous book reviews, and encyclopedia entries to a range of publications. His opinion/editorials have appeared in Newsweek, Forbes, the Atlanta Journal Constitution, Harrisburg Patriot News, History News Network, Christian Science Monitor, University Business, the Providence Journal (RI), Inside Higher Ed, and the Pittsburgh Post-Gazette.

In 2019 Tuten was awarded the Beachley Distinguished Teacher Award. Prior to that, he won the Gibbel Junior Faculty Award in 2009.  In 2021, Juniata College named Tuten the Dr. Chuck A. and Shirley R. Knox Professor of History. Chuck Knox, a Juniata graduate and a history major, achieved fame as an NFL head coach before endowing this chair at his alma mater.

Dr. Tuten has served as the Fulbright Campus Advisor for Juniata College since 2011. He served as director of the Lakso Center for the Scholarship of Teaching and Learning in 2013-2014. Professor Tuten is the founder of an H-Net discussion list on the history and culture of South Carolina, H-SC. From 2000-2006 he served as Juniata's Assistant Provost.