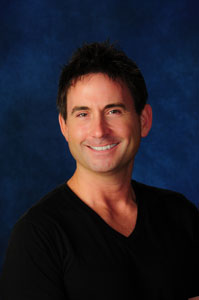 Neal Utterback joined the Juniata faculty in 2012 as assistant professor of theatre. He earned a bachelor's degree in theatre in 1998 from Coastal Carolina University, in Myrtle Beach, S.C. He went on to earn a masters of fine arts degree in acting in 2001 from the University of Florida, in Gainesville, Fla. He recently completed his doctoral degree, earning a Ph.D. in theatre from Indiana University, in Bloomington, Ind. in 2012.


He also has trained professionally at the Atlantic Acting School in New York City and studied Viewpoints, Suzuki and Compositions at SITI Company in New York.


He has taught a wide range of theatre classes, including Acting, Script Analysis, Playwriting and Devised Monologues for Actors. He has written and staged several plays, including "American Western" and "second." He also has written several short plays, such as "Crisis," "Mr. Wrinkles" and "Thanksgiving" and adapted the latter two productions into screenplays.


As a director he oversaw a number of productions at Indiana University and co-directed "The Picture (of Dorian Gray)" at ADGTF in Dublin, Ireland. He directed "On The Evolution of Bob" and "Magic Boy" at The Red Room on New York City and directed "Bent" at the Constans Theatre in Gainesville, Fla. and "For Whom the Southern Bell Tolls" at Wheelwright Stage II in Myrtle Beach.


As an actor he has performed in "Two Gentlemen of Verona," "The Liar's Poem," "eXs" and "Someone Who'll Watch Over Me" in theatres in New York and performed in "Macbeth," "Frankenstein," "Digging for Fire" and "As Bees in Honey Drown" at the Hippodrome State Theatre in Gainesville, Fla. He also acted in the movies produced from his own screenplays, "Mr. Wrinkles" and "Thanksgiving."


He is a member of several professional organizations, including, the Association of Theatre Movement Educators, the American Society of Theatre Research and the Modern Language Association.