William I & Zella B Book Professor of Physics 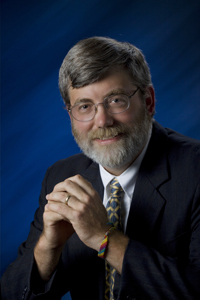 Dr. Jamie White is the William I. and Zella Book Professor of Physics at Juniata College where he teaches physics and advises students with Programs of Emphasis in Physics, Physics Education, and Engineering Physics. After graduating from Carleton College in 1985, he taught Physics and AP Physics at The Haverford School until entering graduate school in 1989. He earned his M.Ed. in 1993 and his Ph.D. in Physics in 1994 from the Pennsylvania State University. He has served as an Assistant Professor of Physics and Education at Baldwin-Wallace College and an Assistant Professor of Physics at the College of Potsdam, SUNY. He came to Juniata in 1998. He received Juniata College's 2004 Junior Faculty Award for Excellence in Teaching and the 2014 Beachley Award for Distinguished Teaching.

Dr. White has taught courses in general physics, musical acoustics, electronics, mechanics, optics, modern physics and methods of teaching secondary science. He has also developed and taught introductory and advanced laboratory courses and supervised student teachers. In addition to teaching, he has published in Optical Letters, the Journal of Chemical Physics, Surface Science, American Journal of Physics, The Physics Teacher, and Journal of the Acoustics Society of America, among others.

During his sabbatical of 2004-05 and again in 2011, Dr. White served as Visiting Senior Researcher at the Quantum Optics Laboratory of the University of Melbourne. He has continued his work with Juniata students investigating quantum optical effects using rubidium vapor and diode laser systems.

In addition to his work with students in the physics department at Juniata College, he also serves as the a board member and past president of the Huntingdon Area Habitat for Humanity. With his spouse, Laura White, he co-owns a small business out of the Juniata Sill Business Incubator, MOGLabs USA LLC, that sells laser systems to university and government research labs throughout the country.

He is married to Laura White, and has two daughters, Sara May and Joanna.